The Bulgarian Red Cross opened three new Home Care Centers in Vidin, Belogradchik and Montana. The official opening ceremonies took place at the end of October 2020 in the presence of local government officials, health and social partners as well as beneficiaries.

The ceremony in Vidin was attended by Deputy Mayor Mrs. Borislava Borisova, Deputy District Governor Mr. Angelo Metodiev, the Director of the Regional Health Inspection Dr. Vladinski, as well as other local partners such as the Social Assistance Directorate and family doctors. The mayor of Belogradchik, Eng. Boris Nikolov, and the director of the Social Assistance Directorate, Mrs. Iliana Vasileva, were present in the town of Belogradchik. In the town of Montana the Center was opened by the mayor of the municipality Mr. Zlatko Zhivkov and the General Director of the Bulgarian Red Cross Prof. Dr. Krassimir Gigov. Also present were the Deputy Governor Mrs. Desislava Dimitrova and the Deputy Mayor Mr. Tihomir Antonov.

The new centers provide 30 jobs – for nurses and home-helpers, each of which will provide integrated health and social care in the home environment to about 100 users – older people with chronic diseases and permanent disabilities. With their establishment, the network of Home Care Centers of the Bulgarian Red Cross in the Northwest region of Bulgaria is expanding according to the model of the four Home Care Centers, which have been operating in Vratsa District since 2012. Thus, the total number of users in the project will reach 700 people.

Next year, teleassistance and telecare services will be added to the activities of the seven Home Care Centers, which will increase the coverage by including vulnerable lonely people from small and remote settlements within the three districts – Vratsa, Vidin and Montana. 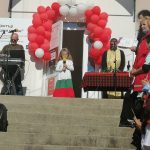 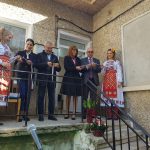 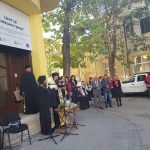